Why Do Russian Women Want To Get Married in America Or Europe? What Drives Them? 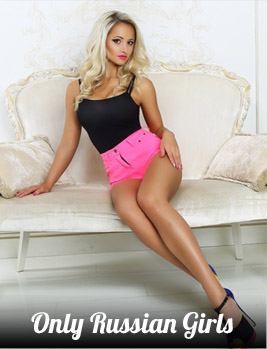 It most often happens so that good men get married as early as in their young years, and by the age of 30 it is already more difficult to meet a reliable pillar of support and life companion. And the woman, too, becomes more self-determined and independent as the years pass, her requirements to the chosen one grow higher, and she is not ready to put up with the man’s drawbacks or his financial insolvency. Unfortunately Russian men have gained quite a poor reputation – in the provinces, if a man does not drink, he is practically perfect, even despite complete absence of any other merits. In the capital, representatives of the stronger sex haven’t yet passed through the transitional period of the new Russia: family values so characteristic for the Western society haven’t yet taken hold in Russia, it’s not fashionable to be married. The young Russian society represented by the men isn’t ready yet to grow up and to accept mature values. This is neither good nor bad, such is the reality. It all will improve with time, but for the moment women are out of the running.

Elementary lack of men in the country.

The reason for such a difference is that mass mortality of men in Russia happened rather often: the wars, Stalin's repressions, the troubled 1990s with the criminal rivalries and the increased number of infarcts and suicides. As the result, the country that had already been nearly all-woman, has become even closer to being all-woman. Russian men are distributed as early as in their student years. For those women who are late for the “dispensation”, it’s much more difficult.

The desire to have a good rest, to travel and to enjoy the life.

A single woman has to work a lot to earn her living, and sometimes, being married to a Russian man, she has to work anyway as her husband can’t provide for her. This is what makes Russian women want to move abroad and not to count the last pennies waiting for the payday.

The desire for comfort and for good living conditions.

Probably this is the main reason why Russian girls, even before getting to know a foreigner quite well, give up stable jobs, families, and move abroad.